Report of the 5th edition of the OHADA-Cameroon National Week: Composition of the Cameroonian team at the 2022 International competition for OHADA Aspiring Geniuses - Yaoundé 2022

Press release of the OHADA Clubs of Cameroon

From May 25 to 28, the fifth edition of the OHADA-Cameroon National Week (SNO5-CMR) was held at the Catholic University of Central Africa in Yaoundé - EKOUNOU Campus. Placed under the theme: ”Regional integration movements: what is the articulation between OHADA and the AfCFTA?”, this edition saw the participation of five universities in the country namely:

The various delegations were welcomed from the agency with the bus of the Catholic University of Central Africa on May 24, 2022, from 12 noon, by ARMEL DJOMNANG (Member of the Organizing Committee). This welcome was followed by a small contact session between the candidates and the organizing committee, accompanied by a briefing on the course of the week. It was only after these exchanges that the teams returned to their apartment.

The SNO5-CMR was structured around four major activities including: a solemn opening ceremony, a conference, a Master Class and finally, the National Competition of the Indomitable of the OHADA selection framework of the Cameroonian team for the 13th edition of the OHADA International Grass Genius Competition.

She was furnished by the speeches of six personalities mobilized for the occasion, namely:

All the speeches were included in the report of the launch of the CIGHO held on the same day: https://lnkd.in/er2SM2ku.

This ceremony ended with an inaugural lecture given by the Professor Yvette Rachelle Kalieu, Vice-Dean of the Faculty of Legal and Political Sciences of the University of Dschang under the theme: ”Silence and law”.

The conference organized as part of the 5th edition of the SNO-CMR focused on: ”Regional integration movements: what is the articulation between OHADA and the AfCFTA?” with as sole panelist, Pr. Patrick LOWE.

The Master Class organized on Wednesday, May 25 on the occasion of this 5th edition saw the participation of two brilliant panelists namely: M. André HOT, Architect Careers and Me Virgil NGASSAM, Managing Partners of NFM Avocats Associés.

It was an unexpected opportunity for young students gathered for the occasion, to exchange with seasoned professionals on “how to build an ambitious professional project?”.

IV. The National Competition of the Indomitables of OHADA

For the record, the National Competition of the Indomitables of OHADA (CNIO) is the national competition of OHADA Law, resulting in the composition of the team that will be in charge of representing Cameroon at the OHADA International Grass Genius Competition.

On the occasion of this 5th In this edition, the five participating universities competed in two major phases (an elimination phase and the grand final), each with written tests and pleadings.

At the end of the two phases, several teams fought to try to win a prize. Thus, we have:

After the award ceremony, the independent jury of the competition consisting of Me Serge MONG (Lawyer), Me Virgile Ngassam (Managing partners of the SCP NFM AVOCATS ASSOCIES), Me Tang Tarcile Gaelle (Lawyer), Dr Raoul, , Me Emmanuelle (Cabinet Nya & Co), Me Diane Tchomologne, Me Constantin Nana, Me OWONO Mbarga Cosmos (President of the Union of Young Lawyers of Cameroon), Mrs. Matio Victoria Black (Manager at Prudential Beneficiary) etc. proceeded to the composition of the flagship team of Cameroon at the 13th edition of the OHADA International Budding Genius Competition, as follows:

These youngsters will have the heavy burden of bringing back the victory in the 13thTh edition of the international competition to be held next September in Yaoundé.

The association, on behalf of UNIDA/www.ohada.com and its President, Mrs. Fatou Seck DIALLO, solemnly handed over books to the universities participating in the OHADA National Indomitable Competition.

It also rewarded the dynamism of Mr. MOTSEBO MOMO Ghislain Wilfried as the most dynamic Member of the Association and the OHADA Club of the University of Yaoundé II for its action throughout the year. 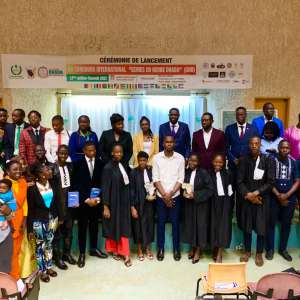 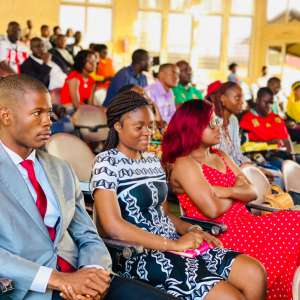 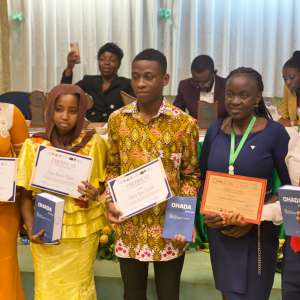 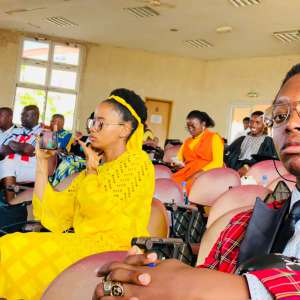 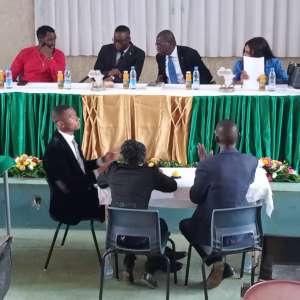 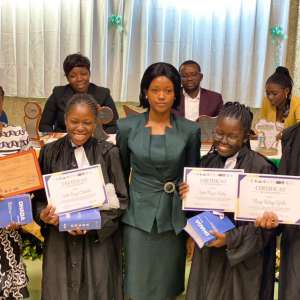 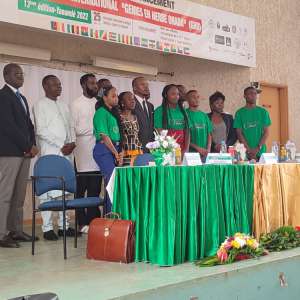 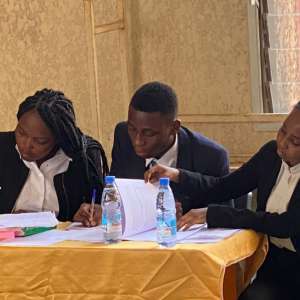 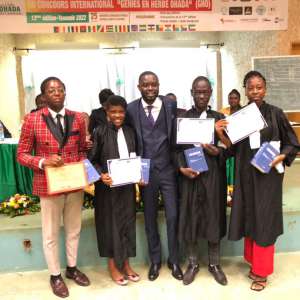 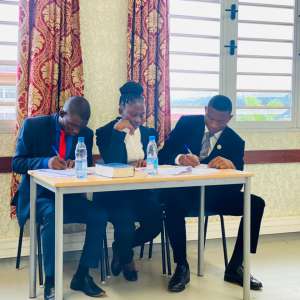 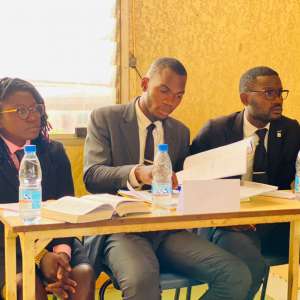 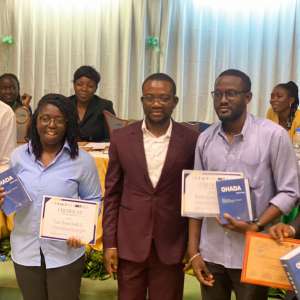 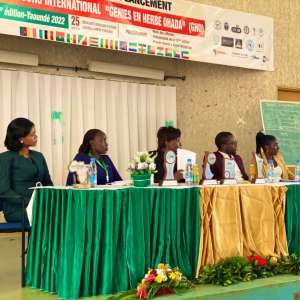 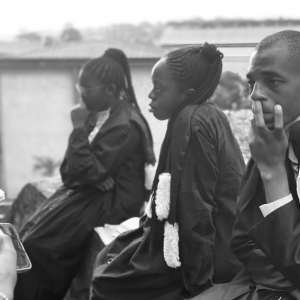 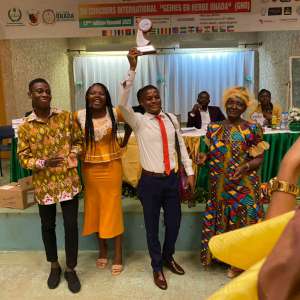 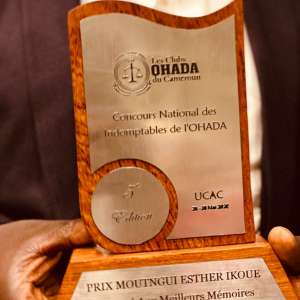 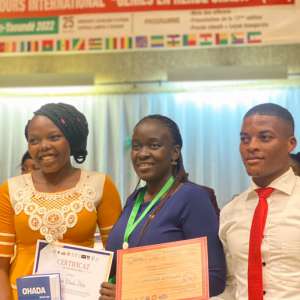 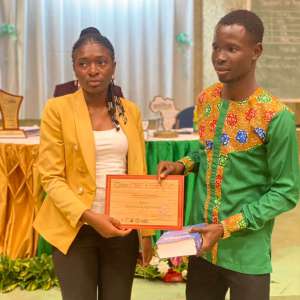 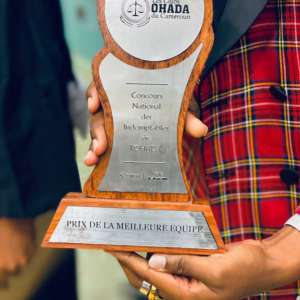 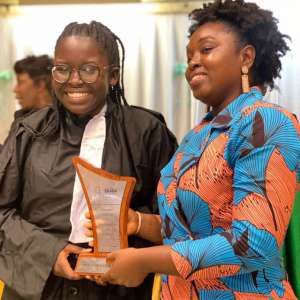 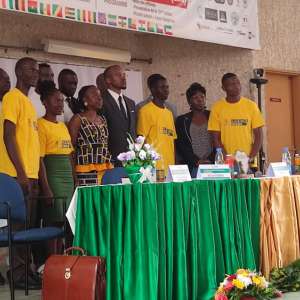 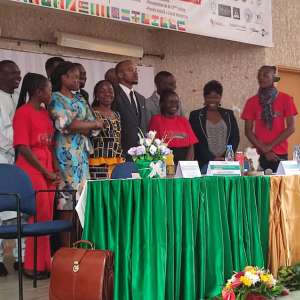 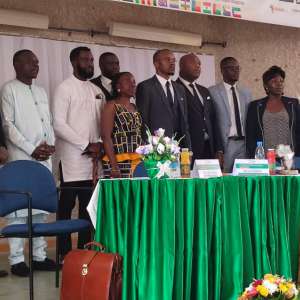 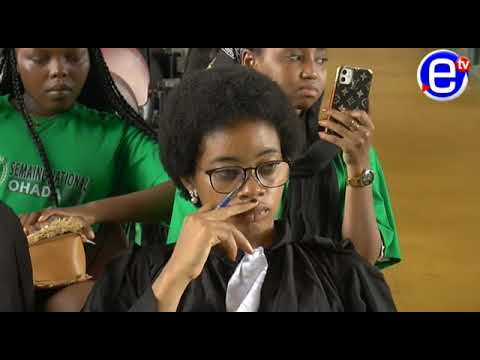